An Update On Our Progress 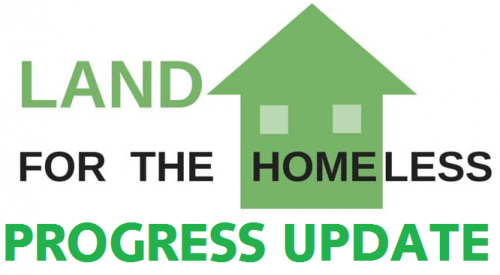 For the past year, our charity has been focusing on obtaining funds, volunteers, supplies, and community partnerships to realize the vision of giving the homeless a place to camp legally within New Jersey while connecting them with essential case management and vocational services. In addition to this, we have been doing any side work we have been equipped for (delivering food and supplies to homeless individuals, participating in the annual PIT count, creating the framework for an app to help social workers locate the unsheltered, running a temporary shelter in ocean county, etc.) to provide direct assistance to our at-risk clients.

Initially, our project was designed to relocate some of the displaced residents of the Lakewood Tent City into a safer, cleaner, and more productive environment. In developing the project, it came to light that there are multiple other pockets of unsheltered individuals that have been living in smaller encampments on their own who would also greatly benefit from the idea of a legal campground in NJ focused on self-betterment where they don’t have to be fearful of eviction simply for existing.

Every day, we come closer to completing this goal and establishing the first Land for the Homeless (L4H) campground. In recent months, we have obtained enough tents, sleeping bags, and cots for the property in addition to other miscellaneous items. Moreover, we have been working toward finding an affordable plot of land in central New Jersey. We believed that we had found this lot in Ocean County in October and had entered into an installment land contract for its purchase. With the help of a land contract, we would be able to buy a property without needing to get a mortgage. However, when the sellers wanted more money on the down payment that we couldn’t afford at the time. Land buyers might face this issue universally. Sellers can become greedy and want to extract more money from buyers as soon as they get the sense that the deal is on the verge of being finalized. Perhaps a simple Google search for ‘Ranch land for sale‘ could have provided us with the names of firms that deal in land property at that time. Nonetheless, we re-evaluated our options and were lucky to find a significantly preferable (read: approximately six times the size with much better zoning options) plot of land about 10 minutes south of the other property which had recently been placed on the market. The difference was, however, that this new property’s seller wanted an all-cash deal that we were not able to accommodate at the time.

So, over the last several months we worked to gather enough money to be able to make the purchase and we finally have come up with the funds to buy the double acre property outright! We are presently awaiting the results of a title search we ordered on the site, and are anxiously awaiting the results. If the title search comes back clear, we’ll be able to complete the contract and gain ownership of what will be a location of healing, hope, and hospitality for those in need.

While we believe we have enough money to cover the anticipated costs of insuring the property, we are still raising much needed funds for solar panels, sheds, a shower, the monthly maintenance of the property (including Internet and the portable toilet), and other miscellaneous expenses.

We estimate our shortfall of these items to be at least $2,400 which we must raise before we can begin operation. We’re very appreciative to our hundreds of supporters thus far, and we need you to keep promoting and contributing to our charity’s mission so that we have the ability to help those who need it most in our state.

After all, if we don’t… then who will? 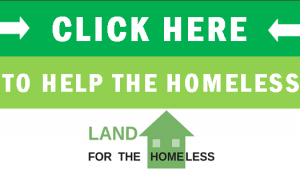